http://www.caraibexpat.fr/who links up and celebrate French Caribbeans across the globe has made a piece on me.
As you may remember I am from beautiful and colourful Martinique. 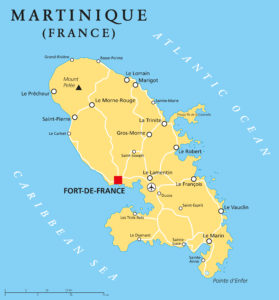 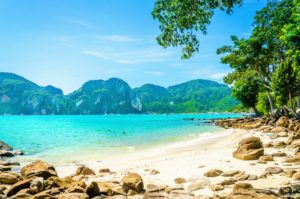 My home island is inspiring my sewing and my choice of fabrics. The blue of the sky, the green of the land, the red of the chilly and the gold of the sandy beaches guide me through my fabric shopping sessions, even in Goldhawk Road.

As a French Caribbean in the UK and a Sewing Bee contestant I am proof that language isn’t a barrier. It is also a celebration of the welcoming nature of the UK. The world is full of opportunities, we just have to grab them
Thank you to Doris for a very nice portrait. Thank you Michele for the translation!

Ghislaine gives a French Caribbean touch to London and the United Kingdom via the Great British Sewing Bee, as one of the best amateur sewers in the country. had an own personal victory and achievement and showed to millions of British viewers how to do it Caribbean style with some of most well-known fashion elements: the “straw” hat and traditional pleated skirt

There are more and more French Caribbean in London. What brought you to London? – I left Martinique for the UK in January 2000 as an au-pair. 6 months down the line I was absolutely sure that I wanted to stay and followed a career as Executive Assistant and Office Manager in various organisations and institutions. Aside from work and my passion for dressmaking I am an active member of the London International Choir (LIC). 23 nationalities reunited with a passion for music. We sing in all languages and I am hoping one day that we will sing in patois.

Where does your passion for dressmaking come from ? – I grew up in a very crafty and artistic family. Mum was making all our clothes and although I never learnt to sew form her I took an interest in what she was doing and in textiles. I was more into embroidery then.

I bought my first sewing machine relatively late, only 3 years ago, to finish an embroidery project but it didn’t stop there and started exploring sewing. It was bound to happen I guess. Sewing has taken over my life. I make a large number of my own clothes and I have become clothes obsessed. One outfit for every party!!

What did you do to be selected among thousands of applicants? – I found the application form on line without looking for it. I completed it and sent it, curious to know if I had enough material to interest the production team. I wasn’t at all expecting to be contacted. But from one phone call to the next stages I did progress. I stayed myself throughout and didn’t change anything to who I was. I am glad they saw something in me. The last stage was in December 2015 and I didn’t hear back from them until mid January with the big news!

The confirmation of your selection must have been a joyful moment! What happened after that? – I was in the office when they called and couldn’t react but my heart was beating really fast. It was hard to concentrate after that. I had to call my parents in Martinique, my sister in Paris and my best friend in  London. They were all waiting for THE answer. I celebrated in the evening at home with a bottle of champagne, as you do!

Then I had to think of what I would wear on TV to showcase my style, learn a few technics that maybe I didn’t have. There was a few basics I avoided until then…..I was constantly on the phone to mum for advice and also visited my friend Suzette in London who is a professional seamstress. For the made to measure challenge we had practice in advance, do some design research and that was a considerable amount all work all together.

You wanted to give  a nod to the French Caribbean culture to the UK. How did you do it ? – From the first episode I was able to give my creation a Caribbean nod. I decided to make a traditional skirt, normally worn by the older generation. With the time given to us I had to simplify the design but the basic elements were there. I practiced with the advice of my auntie Juliette who lives in Guadeloupe. She is the expert. I was very satisfied with the result on my model. My uncle Jean-Louis also had made his British TV debut with one of the “straw” bakoua (back-oo-wah) hat he has created. He is a milliner. I had the hat with me as a personal touch, a symbol of my origins. I even got to wear it when I left the sewing room on my elimination.

What is your best souvenir from the show ? – This adventure is not something I will forget in a hurry. I made fantastic friends with whom I can share my passion. We all get on with each other. I have kept in touch with the other 9 bees.

My best moment was definitely to make it through the 1st episode. But also get a number ranking on the 2nd episode. This 2nd episode was stressful. I was last after the first challenge,  I had to fight hard to stay in and I did it with a child boxer outfit out of a coral bridesmaid dress. My little fighter did fight all the way!

What was the most stressful moment ? – It is an unusual situation which can alter your reactions to difficulties. For me, despite a good enough level of English I did struggle with the technical vocabulary. After all, at home I sew in my native language, French.

The technical vocabulary did accelerate my elimination. It was a baby grow nightmare. Yes I understand what a baby grow is and how is supposed to work but under pressure I had a brain freeze.

What’s next? Are you going to become a full time seamstress? – I love sewing more for myself than for other people but every now and then I enjoy sewing also for some friends and clients. I am launching as a “print and colour” fabric consultant and develop a fashion style for women with a masculine touch. I like the concept of a tailor made fitted suit for women keen on wearing colorful, elegant and smart business, yet feminine, clothes. It’s definitely my style.

I cannot let you go without a mention on Brexit: How do you feel? – It’s a shame because after 16 years of living here, I am thinking of another destination. I had chosen England for its open-mind  and avantguard spirit but I think it may have lost that approach. True, England has been kind to me: I have been selected for the “The Great British Sewing Bee” after all. So I am still very unsure. I will wait and observe but the atmosphere has definitely changed. London will continue to be a quirky trendsetter but its “separation” with the rest of England will have consequences, especially on a social level. For the French Caribbean citizens working and living in England with their families this can be trickier. 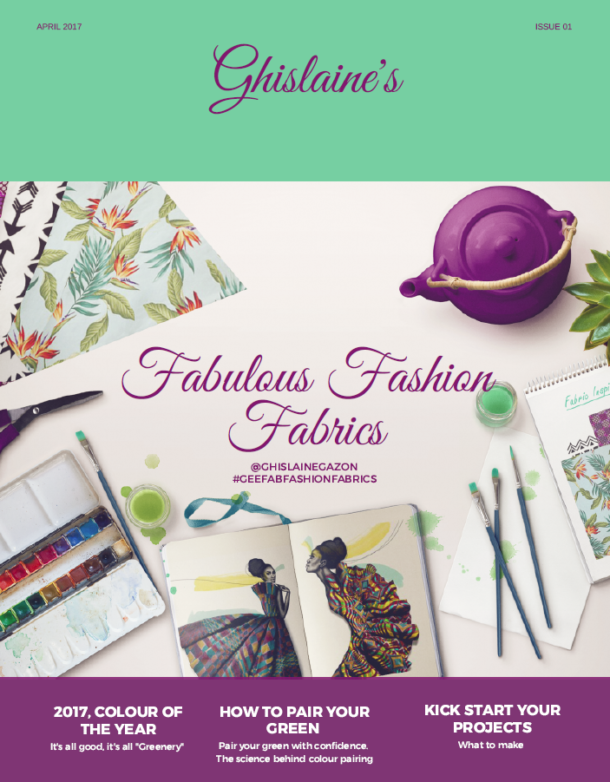